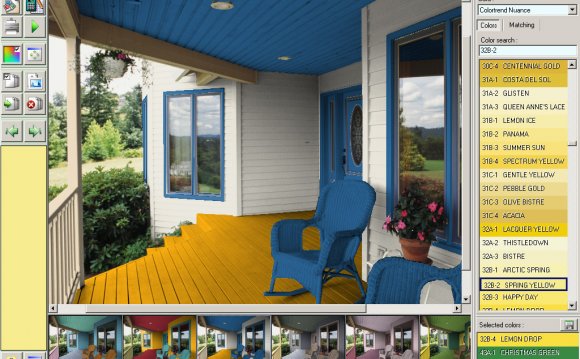 started back in 1997 at the "PANTS" nursery/landscape trade show in Philadelphia. I accompanied the owner of 4 garden certers to the show and we were watching a demonstration of Drafix C.A.D. 3.1 Landscape Design software with the early version of Earthscape Visual impact imaging included.. This guy was flying as he was designing a landscape. Plants, beds, walks, everything.C.A.D. Designs - Designs by Ron

Bryce said "Boy where could I find someone to do that"

He looked at me and grinned. Twenty minutes later he forked over almost five grand for the software.
Hell, I DIDN'T even own a computer at the time. Took care of that with a loan from Dad and a trip to Cyber Warehouse where I purchased my first of many Acer Computers.

16 years later, I find myself designing within Drafix Pro Landscape as well as "earthscapes" imaging, whichever the project is tailored towards. I design residential and commercial landscape layouts, overviews and do digital imaging plans also. Lighting may be applied for nighttime aspects, growth years implemented to show future landscape appearance.

Designing for quality builders of homes in both Central Pennsylvania and Northern Bergen County, N. J.

was built amidst the appalachia mountains of central Pennsylvania. To construct the residence, the mountain went, approximately 2 acres of wood land was selectively removed to make way for the 4, 000 square foot home and guest house.

Upon completion of phase one of the exterior structures, i.e. walls, framing, sewer lines, etc, the moutain land was " put back". Trees were selected before hand that were to remain or the final plan, but for the most part, the entire area was reconstructed, sloped beds on the side were relandscaped with shrubber selected by the owner, who was residing in Florida at the time, which necessitated on-site meetings every two or three months, and communication online with updates thereto.

What was interesting and lasting in this design was what the owner, " a federal judge" said to me. When selecting a certain viburnum that was to go on the slope for viewing out her spa window, she showed me a picture of the plant and said. "when it blooms, I'll cut off the flowers, I don't worry about beauty, I thrive on texture and foliage, what a living thing is made of, that's what I like to look at." Anyway this is the "imaging" view we did looking at an unframed spa window at what she would be looking at upon a few year's plant growth.