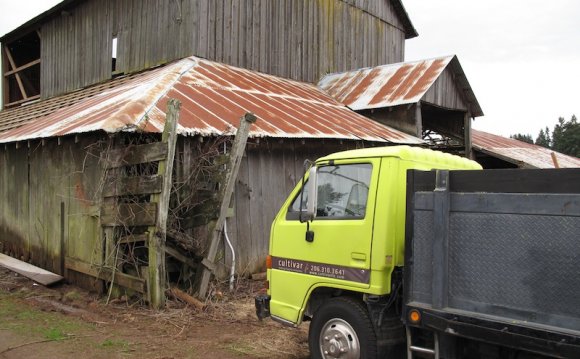 Members of Wild Ones are instrumental in doing great work with native plants throughout the country: they are definitely worthy of your support.

To some degree, this is not surprising: the topic of native plant cultivars is a tricky and nuanced one, not lending itself to simple statement of policy.

So, where do they go wrong?

I’m going to highlight a few statements contained in their paper (“Nativars: Where do they fit in?”) and explain how they got it wrong.

Before, though, let me put myself on record as saying that seed-grown native plants, cultivated from local populations persisting in similar conditions, are the best choice if conditions permit it.

However, conditions do NOT always permit it. And some native plant cultivars are entirely fine, even if others are not.

In short, throw away your broad brush and invest the effort to learn about the specific varieties you are planting.

Nurseries that sell specifically native species grow them from seeds or divisions, and don’t select a particular form of the species to the exclusion of the inherent variation found in nature.

There are two problems with this statement.

First, not all native plant nurseries grow all their plants only from seed or division. Many take cuttings or use more modern techniques, like tissue cultures.

Second, and more importantly, none of these methods of propagation necessarily preserve the “inherent variation found in nature”. Even plants grown from seed have limited genetic variation: they can only possess the genes present in the parent plants. Many native plant nurseries use the same stock plants from year-to-year for seed collection, and the plants grown from those seeds possess only a minuscule more genetic diversity than divisions, cuttings, or tissue culture would.

Use of these methods of reproduction means the plants thus produced no longer participate in natural reproduction patterns that would maintain genetic diversity.

Here, Wild Ones has written a statement that confuses the means by which a plant is propagated with its performance after it is planted.

Unless a plant is sterile, it should be obvious that every plant in a garden – whether cultivar or not – can reproduce. Many plants are self-pollenizing, which means that even one individual plant can produce viable off-spring. Other plants need two parents, but in both cases the offspring plants can be genetically different from the parents. Even if both parents are the same cultivar.

Somewhere between 30% and 80% of plant species have three or more sets of chromosomes, and virtually all the rest have two sets. While it is true that offspring usually contain only variants present in the parents, they can – and often do contain – combinations of those variants that are different from the combination of the parent.

In fact, this is the very reason that many cultivars are propagated vegetatively to begin with: seed-grown offspring are often so genetically different from the parent that the trait for which the cultivar was selected disappears.

This may be because the trait in the cultivar is recessive, but in any case it is why we so-often see what we call “reversions” in the offspring of cultivars: seed-grown offspring revert to their natural form.

The truth is that, after they are planted, native plant cultivars (unless they are sterile) resume the same cross-pollination that seed-grown plants do and are subject to the same evolutionary pressures.

And, finally, just because a plant is cultivar that DOESN’T mean it isn’t seed grown: up to 30% of cultivars are actually grown from seeds.

Just as the industry claims cultivars are better or improved, they could easily be considered inferior once a threat begins to affect them – pest, environmental stress, changes in climate, etc.

For one thing, they are just making this up: a completely hypothetical threat that no one has ever actually witnessed.

Second, we have two great examples of precisely the opposite effect. Cultivars of American Elm and American Chestnut, bred specifically to reduce the impact of Dutch Elm Disease and Chestnut Blight respectively, illustrate a key role that a wise policy on the use of cultivars of native plants can play. Without the careful work to breed and clone disease-resistant variants of these mighty giants, both species could have – literally – gone the way of the dodo.

Other Concerns or Unknowns Regarding Nativar Usage

In fairness, immediately after highlighting these “concerns” the position statement includes a disclaimer: “There are too many unknowns and not enough research results regarding these other concerns to make the decision to use or not use nativars. “

In some cases, native cultivars underperform the seed-grown variants in ecological function but in other cases they outperform. Bascially, it depends.

So, what is my bottom line on native plant cultivars?

At a big picture level, I entirely support the goals of Wild Ones:

In a time of climatic uncertainty, it is important to protect the natural environment we live in. Without it, we cannot survive. Part of that protection strategy is to create our own native gardens to:

Where I think they go wrong is in taking a position that native plant cultivars can never support those goals.

Every day, in my own gardens and those of customers, I see first-hand evidence that they can.

© 2014 – 2015, Vincent Vizachero. All rights reserved. This article is the property of Native Plants and Wildlife Gardens. We have received many requests to reprint our work. Our policy is that you are free to use a short excerpt which must give proper credit to the author, and must include a link back to the original post on our site. Please use the contact form above if you have any questions.