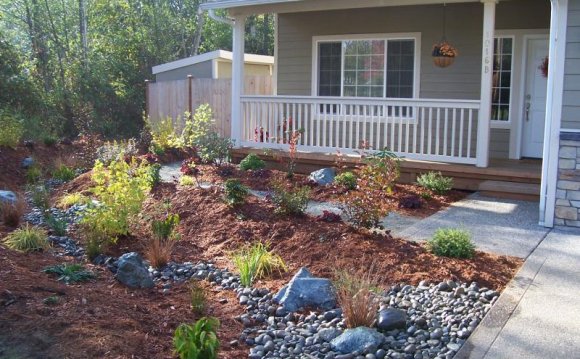 By Neive Tierney, MLA Candidate, University of Texas at Austin

The three projects I researched as part of LAF’s Case Study Investigation (CSI) program all share a common story: They are progressive landscapes featuring innovative components, which caused the projects to run into barriers during construction. These obstructions arose because each project was the first of its kind in its surroundings.

Houston’s Bagby Street Reconstruction is an example of a landscape architecture project that became a catalyst for political change. The project’s extensive use of rain gardens and the designers’ decision to reduce the street width and increase pedestrian area diverged from the traditional stormwater management systems accepted in Houston. Making such a radical change to something as institutional as street design did not happen without some serious push-back from various stakeholders.

In order to move the project along, the Mayor of Houston and her staff became involved and played a large role in the completion of the project. At the Bagby ribbon cutting ceremony in 2013, the Mayor released a Complete Street Executive Order which called for changing the way streets are designed in all of Houston. The Bagby Street Reconstruction is a compelling example of landscape architecture’s influence on environmental progress. Both the client and design team were willing to take the difficult path to execute the design intent. Although this meant that the project took longer to implement than planned, its ultimate success resulted in widespread acceptance of this kind of stormwater management throughout the whole city. The design team is currently working on a similar project on the neighboring Brazos Street.

The park at the George W. Bush Presidential Library (GWBPL) is a true example of designing with nature in mind. The design intent was to set up the perfect conditions where native ecologies could effectively “work” on their own. The first task was to establish a vital and living soil. Finding a sufficient amount of healthy soil for a project of this size was impossible, so the design team had to construct their own. With the assistance of a team of soil consultants, 65, 000 cubic yards of soil were repurposed for the site. Each specific ecosystem and plant community required its own soil type. Constructed soil had to be treated like the brown gold that it is. Every precaution was taken to protect soil from overheating and becoming compacted before it was used on the site.

Another crucial component of the GWBPL landscape is the native plant material. The project is composed of large swaths of vegetation types native to the Dallas area, such as blackland prairie. Ironically, local plant vendors generally did not sell these types of native plants and as such, sourcing plant material for the 15-acre park was no easy task. Plants were sourced from vendors in neighboring states, and many of the grasses were planted from seed. The outcome of this initial obstacle is that the demand from the GWBPL was so great that it changed the kinds of plant material now available in the region, with vendors now selling more native plants.

The Belo Center for New Media is a facility on the University of Texas at Austin campus. Most of the campus is composed of more traditional plantings with turf lawns and many historic oak trees. Irrigation techniques are different depending on the section of campus, but the majority of campus is irrigated with potable water from the City of Austin. The courtyard landscape at the Belo Center uses a highly innovative water system. Air conditioning condensate is collected and run through a planted fountain that cleans water and circulates it back to the site for irrigation. In addition, all rainwater from the roof of the Belo Center is harvested and stored in on-site cisterns.

The sophisticated water system was difficult to implement and, in fact, did not work as planned until recently — years after the project’s completion. So many parties were involved in constructing this system that the design team had to make educational diagrams illustrating which group was responsible for each part of the system. These diagrams were posted at important locations around the site during construction. The delay in getting the system operational resulted in a much larger potable water demand than the design intended. However, starting this year, with all the problems corrected, the landscape will only be irrigated with recycled water, making it the first landscape on campus to not use any potable water for irrigation.

The innovative qualities of these projects required additional work from their design teams, but this extra effort led to projects with significantly higher environmental performance . By researching and documenting these projects through CSI, I have a clear example of the power behind innovative design. The inventive qualities of landscape architecture can not only result in a successful project; they can catalyze environmental improvements throughout entire systems.