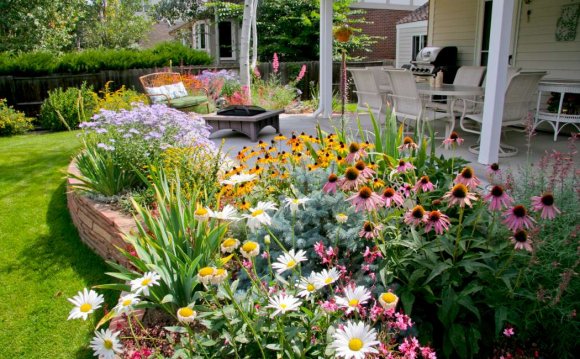 Wrote an in-depth profile on famed plant designer, Piet Oudolf, who has become the “living embodiment of the New Perennials’ landscape movement.” The New Perennials philosophy, rooted in a reverence for “wild nature, ” is realized through plant designs which feature “architectural plants chosen for their form and structure rather than their colour.”

Oudolf’s recent New Perennial work includes the The High Line, the New York City park which transformed abandoned rail road tracks into an lush elevated green space (see earlier post). On the plant design for the High Line, he said: “It’s far more daring than anything I’ve done previously. I had to deal with a limited soil ecology right in the centre of a hard urban environment, and design it for people who might never have ever really left the city environment.”

According to RIBA journal, the plant designer uses his own one-acre garden to continually “investigate” the life cycle of perennials. “Here in vignette are all the thinking, formal devices, shrubs and flowers he uses, in the greatest traditions of landscape, to act as a metaphor for human birth, life and death.” Oudolf was quoted as saying: “I like to connect people with the processes of their own lives. What it takes humans a lifetime to experience, a plant will experience in its own yearly life cycle. In that sense, gardening is a microcosm of life.”

The New Perennials movement is often associated with Irish garden designer William Robinson (1838-1935), who pioneered the man-made “wild garden […] dominated by hardy perennials, and native plants and flowers, to create landscapes that were a natural parallel of and complement to the architecture of the English arts and crafts movement.” Oudolf, who is seen as the heir to Robinson, has had no formal training, arguing he designs through instinct. This instinctual approach has resulted in natural designs that are never “fixed from the outset, but respond to the raw landscape, climate, nature of the client and complexity of the brief.”

To ensure his perennials are always available, Oudolf became part owner of Futureplants.com, “a collective of four nurseries bringing together all the perennials integral to his landscape repertoire.” The company has enabled him to cross-fertilize and cross-pollinate plants, creating more than 70 new breeds of plants. He says the company enables him to “put all these plants into mass propagation, and acts as an escape for me to get my plants out into the world.”

Oudolf’s upcoming projects include Frank Gehry’s Beekman Towers in New York, the second phase of the High Line, the Skarholmen Garden in suburban Stockholm, and a museum park in Holland.