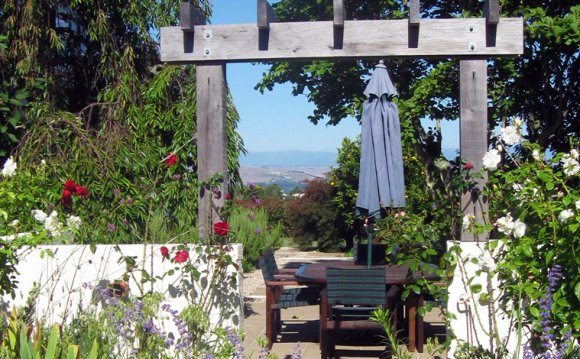 Ricardo Moreno has over 15 years of supervision and project management experience in Portland, OR and in Mexico City, where he grew up and launched his career. Since arriving in Portland, he has applied this experience within the landscaping, design, and construction fields, where he has also utilized his academic training in Industrial Design and Drafting Technology (from the Universidad Iberoamericana in Mexico City and Portland Community College). In addition, he has gained an understanding of the nonprofit sector and the issues impacting low-income communities as the manager of an affordable housing development owned by Hacienda CDC, where Verde recruits most of its workforce.

Mateo Fletes was born and grew up in Nayarit, Mexico. In 2003 he moved to Oregon and attended High School. Soon after, he worked in the construction field. In 2008 he joined Verde. He likes working at Verde because he is learning new techniques to protect the environment. He and his partner are raising two young girls, Arleth, 9 and Amy, 7, who bring him a lot of joy. In his free time, he likes to play soccer and play the guitar. He wants to learn more about construction and landscaping and eventually start his own business.

When Maria was about sixteen years old, she lived on a farm. She worked 10-12 hours/day, 7 days/week, picking berries. Staff from a local nonprofit, the Western Farm Workers Association, would come check in on the workers twice a week - just to chat and visit, and to provide services such as clothing, food preventive medical care, job referral, and more to those who are in need. From this experience, she was recruited to visit others and pay it forward, to do for others what was done for her. 2013, Maria participated in the Immigrant & Refugee Community Organization’s Workforce Experience Intermediary Project, which placed her in an internship at Verde. Since then, she has participated in many projects, including Landscape, Outreach, and Cully Park. After the Internship, Verde offered her a regular position as its Program Assistant. She gladly accepted because she believes in the things Verde stands for.

Carlos Lopez is from Yucatán, México. He arrived in Oregon in 1999 and initially worked as a machine operator, before beginning his work with Verde. He enjoys working at Verde because of all the opportunities to learn new skills, including English. Carlos is married and has two children, a 10 year old girl and a 2 year old boy. He spends his free time with his family and also likes to play soccer and baseball. He wants to have his own business someday so that he can provide jobs for people in need.

Jesus Nuñez Jr. was born in Estado de México. He moved to Oregon with his family when he was 11 years old and attended Centennial Middle & High Schools. He joined Verde in 2007 and loves being part of the team. He enjoys learning all the different ways in which he can help the environment. He is married and has two young children: a7 year old boy, and a 15 month old girl, with whom he spends his time when he is not working at Verde. He would like to start his own business one day to improve life for his family.

Jesus Nuñez Sr. is from Nayarit, Mexico but grew up in Jalisco. He came to Oregon in 2003 and worked in the food and commercial landscaping industries. In 2006 he joined Verde and since then he has become Shop and Equipment supervisor as well as a crew foreman. He enjoys working outdoors and doing his part to protect the environment. In his free time, he enjoys spending time with his family and playing soccer.

Antonio Rojas is from Guanajuato, Mexico. Lived in Garden City Kansas for 13 years prior to moving to Oregon in 2008 in search of a better job opportunity in a field he enjoyed which is landscape. His quest for the right job was hectic till he found it when he came to work for Verde doing what he enjoys, landscape. In his free time he volunteers as a health promoter for Providence Hospital, Catholic Charities, Programa Hispano and other organizations. He also likes to play soccer and growing vegetables in his garden.