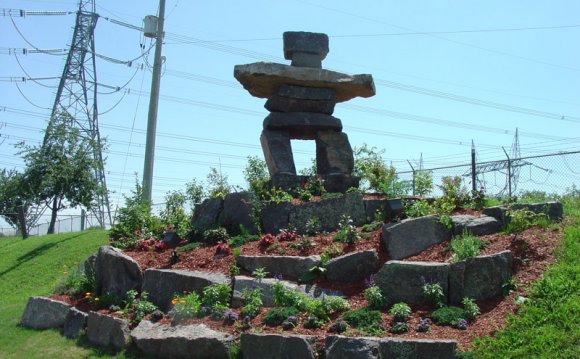 Landscape architects are increasingly recognized as the most critical designers of post-industrial sites, perhaps the only ones capable of transforming abandoned and often toxic industrial infrastructure into vibrant new parks and event spaces that also show a deep respect for the past. Like the ASLA award-winning Steel Yard Park in Providence, Rhode Island, or the Paddington Reservoir Gardens Park in Sydney, Australia, these three new projects from around the world, each with very different vibes, show how the bar is constantly being raised as landscape architects transform beautiful ruins into exemplars of public design.

Hosper’s team design writes: “An obstacle-free surface ensures that the square can be used for a wide variety of purposes.” Anticipating both heavy use and just a few pedestrians, the square is paved with “black slate slabs, ” set with different sizes and laid in an informal pattern. The black slate seen below is a visual reference to the “black gold, ” the coal dug up from the mines.

Together with the lighting, which is embedded into zig-zagging paths within the pavement in some places (see image at very top), the custom-designed, removable chairs and stools made of stainless steel plate “glitter like diamonds” among the coal-black pavement. The chairs are red so they have a warm glow at night.

Across the globe on the Waverton Peninsula in North Sydney, Australia, landscape architecture firm Hassell led a huge team that also transformed a coal mine, this time the Coal Loader and Caltex industrial site, into parkland. Decommissioned in the early 1990s, the site had been vacant for more than 40 years by then.

The site used to be a “bunkering and distribution point” since the early 1900s, and then used to store oil throught the 1950s.

In Landezine, Hassell writes the primary challenge was to “preserve the site’s timeless quality, to resist the temptation to embellish the structure with artifice, and to ensure that the place became a viable recreation resource for the local community.” In practice, this meant “minimal interventions” and “meaningful spatial relationships.”

Like C-M!ne square, the Coal Loader, as the site is now called, now hosts a range of festivals and private events, offers new office space and cafe. To showcase how sustainable adapative reuse of old industrial infrastructure can be, there’s a new sustainability learning center in the old caretaker’s cottage.

The sustainability center is also there to teach visitors about all the sustainable design practices used. Hassell writes that best practices like “water harvesting, treatment and re-use, waste water treatment, energy capture and storage, community gardening and the use of recycled materials” were incorporated.

Lastly, Tom Stoelker at The Architect’s Newspaper takes us on a tour of a former steel plant in Bethlehem, Pennsylvania, which “had to rethink its identity” after the plant went bankrupt. Between a new, redesigned streetscape and bandshell called Levitt Pavilion, which were both done by Philadelphia-based landscape architecture firm WRT, the plant is now in a prime spot, where, with dramatic lighting, it has been re-conceived as a “cultural magnet.”