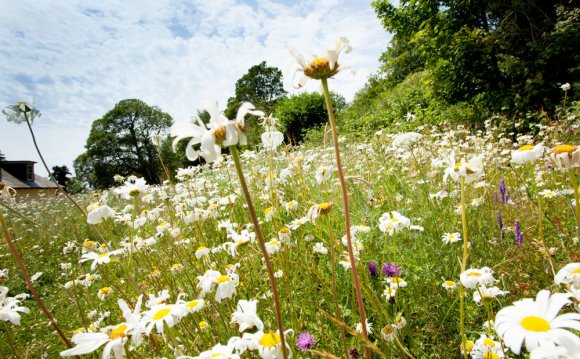 The Gardens, which Henry Middleton envisioned and began to create in 1741, reflect the grand classic style that remained in vogue in Europe and England into the early part of the 18th century. The principles of André Le Nôtre, the master of classical garden design who laid out the gardens at Vaux-le-Vicomte and the Palace of Versailles were followed. Rational order, geometry and balance; vistas, focal points and surprises were all part of the garden design.

Henry Middleton's original gardens contained walkways or allées, which were planted with trees and shrubs, trimmed to appear as green walls that partitioned off small galleries, green arbors and bowling greens. Sculpture was placed at the end of long vistas and ornamental canals designed with mathematical precision. Changes in elevation and new surprises were created at every turn.

Extended vistas in the Carolina Low Country were usually flat, across great expanses of river and marsh. The house site at Middleton Place was an exception. It stood on a bluff forty feet above the Ashley River which forms a wide canal directly in line with the house. Henry Middleton's appraising eye appreciated the incomparable view of the river, and its alignment with the center hall of the house built by his father-in-law John Williams some thirty-odd years earlier. This main axis was to become one side of the perfect right triangle that inspired the original garden design.

Geometry and Symmetry Were The Rule

Henry Middleton's garden was a superb exercise in logic and geometry, perfectly adapted to the contours of the land. He engaged an English gardener to help him lay out what historian Samuel Gaillard Stoney called, "this premier garden of the thirteen colonies."

The Duke de la Rochefoucault, who visited Middleton Place in 1789, wrote, "the garden is beautiful, " especially noting the "wide, beautiful canal [the Ashley River] pointing straight to the house."

From the west side, the main axis of the Garden runs straight from the entry gate on the Ashley River Road, through what was the central hall of the house, down the middle of the curved terraces, on between the Butterfly Lakes (twin lakes shaped like a butterfly's open wings) to follow the straight course of the river.

The Garden was set off from the forest to the west and north by the spring-fed Reflection Pool and the Azalea Pool running perpendicular to it. These pools, or canals, were similar in shape, but the Azalea Pool has now washed into freer contours.

Today, swans sail majestically on the water. Beside and below the Azalea Pool, the river curves around the bluff and forms a natural boundary for the Gardens to the east. The Rice Mill Pond, created by damming a creek to power the 1851 Mill, defines the southern boundary of the original Gardens.

Following 60 years of neglect after the Civil War, in 1925 J. J. Pringle Smith, a direct Middleton descendant, moved to Middleton Place. He and his wife Heningham immediately began a 15-year restoration project for which, in 1941, they were presented the Garden Club of America's highest award. The Garden Club of America recognized Middleton Place not only as America's Oldest Landscaped Gardens, but also as the "Most interesting and important garden in America." In 1952, the gardens began welcoming visitors year-round.

Henry Middleton would be pleased to see that the bones of his great garden remain intact. While adhering strictly to the original plan, his descendants introduced color and a variety of plantings into the already exquisite gardens. Centuries-old camellias bloom in the winter months and azaleas blaze on the hillside above the Rice Mill Pond in the spring. In summer, kalmia, magnolias, crepe myrtles and roses accent a landscape magnificent throughout the year. The Gardens have been planned so that there is something blooming at Middleton Place during all seasons.

A trained garden interpreter leads a ½ hour discussion of the garden design, history and horticulture. Tours depart from the Greensward near the Ruins. The Complimentary Garden Overview Tour is offered daily on the hour from 10 am – 3 pm. Translations available in Spanish, German and French. See all tours at Middleton Place.

How to Landscape a Big Backyard : Landscaping & Garden Design