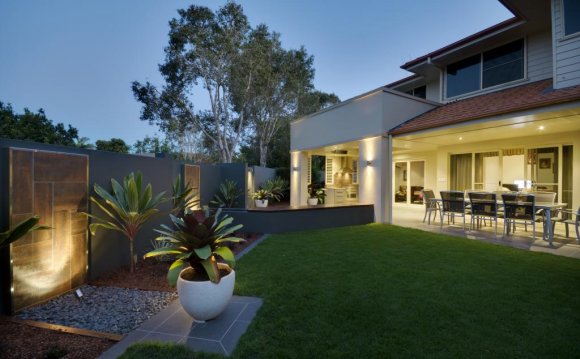 Regarded as the best landscape architect in Thailand, Kobkongsanti heads up a team of designers and construction supervisors that coalesce to form TROP. A Harvard Graduate School of Design student, Pok has an affinity for natural materials, favouring stone, wood, water, light and sound. This fondness is evident in the firm’s projects, ranging from resorts and residential communities, to sculptures and sustainable projects.

A master of sculpted landform, Gustafson’s creative ability singles her out as one of the most successful female landscape architects in recent times. With an earlier career as a fashion and textiles designer in New York and Paris, her work blends sensual landforms with strong planting schemes, resulting in contemporary artistic statements. Her project Les Jardins de I’Imaginaire won the European Award for 20th Century Heritage. Other major works include the Diana Memorial Fountain, London, and the Rights of Man Square, Evry.

Weller has previously been director of the Australian Urban Design Research Centre and conceptual design firm Room 4.1.3. Early this year he succeeded James Corner to lead PennDesign’s Landscape Architecture Department. He has published a voluminous number of writings, with an emphasis on large scale urban planning and cities at a mega-regional scale. A top tier landscape architect, Weller practices with Corner at James Corner Field Operations.

Harmoniously fusing a background of fine arts with landscape architecture, Martha Schwartz has a hugely diverse portfolio with a focus on artistic expression in the landscape. Her work is characterised by bright colors and tones — often vigorously artificial, irreverent humor, unusual materials, and surreal scaling of objects. Her projects are scattered around the globe, from the Cosmopolitan Casino in Las Vegas and Frederiks Brygge Master Plan in Copenhagen, to the Children’s Discovery Centre in Damascus, Syria.

Renowned for creating experientially rich and environmentally sustainable places, Van Valkenburgh has designed urban parks, public spaces and masterplans that encourage city dwellers to reconnect with the environment. Water plays a pivotal role in Brooklyn Bridge Park, Hudson River Park and Teardrop Park, to name but a few. In 2010 he became the second landscape architect in history to receive the Arnold W. Brunner Memorial Prize from the American Academy of Arts and Letters for contributions to architecture as an art.

A consummate designer, Hargreaves is Design Director at Hargreaves Associates, where emphasis is put on the connection between culture and the environment through working the earth to reveal underlying natural processes. Noted for his expertise in the reclamation of neglected or abandoned sites for public occupation, (Sydney 2000 Olympic Park) Hargreaves has been characterized as bringing post modernism into the ecological world.

Check out the George Hargreaves book:
Landscape Alchemy: The Work of Hargreaves Associates

Peter Walker possesses knowledge of contemporary art and modernism coupled with a deep rumination for historical, cultural, and ecological considerations. PWP focuses on corporate headquarters, plazas, cultural gardens, academic campuses, and urban regeneration projects. Their most recognised project of late is the National 9/11 Memorial, a forest surrounded by oak trees forming the core of the rebuilt World Trade Center in New York City.

A landscape architect, urban designer, and founder and director of James Corner Field Operations, Corner is a stalwart in the industry today. He has written books on landscape architectural design and urbanism, while also being recognized with many accolades. Although probably most known for being the brains behind the ever-successful High Line, other major works include the Shenzen Qianhai Urban Design Plan, the Civic Centre Parks, and most recently the Queen Elizabeth Olympic Park in east London, set to open in Spring 2014.

Considered as China’s Frederick Law Olmstead, Yu is a prolific writer, professor and employer of 600 landscape architects. His practice, Turenscape, covers landscape architecture and urban design across all scales, and is driven by China’s massive urbanization and the dangers of environmental degradation. Embodying the rural and unkempt with the functional landscape in the urban realm, the works of Turenscape have received numerous international design awards.

Design is a collaborative process. It’s worth remembering that while predominately singling out creative minds. They rarely work alone — multiple partners bring an array of knowledge and creative input to the table. Of course to a degree, subjectivity forms this list — but without doubt it subsumes some of the most intuitive and forward thinking landscape architects of the modern era.

Paul McAtomney is from Australia and has a diverse range of interests, leading him to write about a variety of topics which are all underlined by his consistent enthusiasm for design and learning, creating articles that not only inform us about a topic but explore them too.